In every building, there will be hidden story which make it special and different from one another. Here are the magnificent facts that you will astound and wonder.


William Smith Statue: There are statue resemblance Sir William Kellie Smith was built in the Hindu temple beside his castle. It was built by the India craftsmen to value his generosity in agreed building the Hindu temple during the Spanish Flu struck.

Bear Tree: There are figure of a bear in a old tree beside Kellie Castle. The existence of the bear is unknown and have been a puzzle to the locals. Rumor said that the bear was curse into a tree. 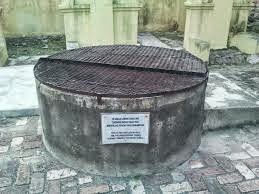 Secret Hub: Other than that, it is said the tunnel were used by the Japanese army as execution hub in World War II.

First Elevator: During the construction, there were elevator build in one of the Kellie Castle tower. It is the first elevator were ever built in Malayan.